“Already Gone” is a song performed by American pop singer-songwriter Kelly Clarkson from her fourth studio album, All I Ever Wanted. It is co-written by Clarkson and Ryan Tedder, who also produced it. The song was released as the album’s third single in August 2009. Lyrically, “Already Gone” is about the breakup of a relationship; the music consists of an arrangement using a piano, drums, and string instruments. 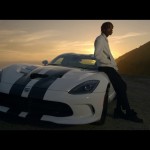 “See You Again” is a song recorded by American rapper Wiz Khalifa featuring American singer Charlie Puth. The track was commissioned for the soundtrack of the 2015 action film Furious 7 as a tribute to the late Paul Walker. The artists co-wrote the song with its co-producers, DJ Frank E and Andrew Cedar, with additional production from Puth and mixing provided by Manny Marroquin. “See You Again” was released on March 17, 2015, as the soundtrack’s lead single in the United States. See You Again was written in memory of Paul Walker, who died in a car crash on November 30, 2013 while filming Furious 7. During the last 4 scenes, Paul’s brother offered to step in so in the end the movie was completed.