‘Blood Moon’ Lunar Eclipse Returns to the Sky on Wednesday October 8, 2014.  Pacific time can be view around 3 am and Eastern time will be around 7 am.

The next total lunar eclipse will be on April 4, 2015, according to NASA. 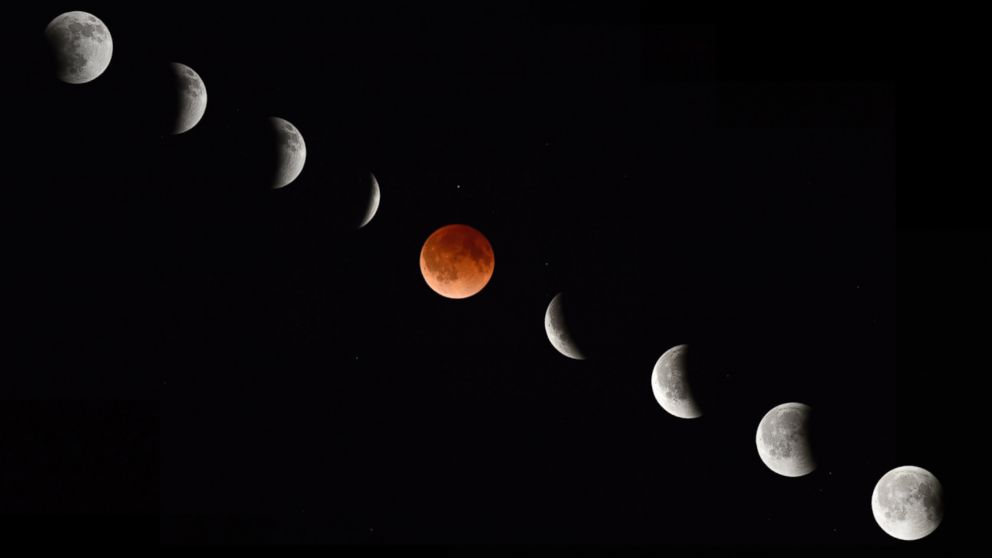 In this composite photograph, the moon during various phases of a total lunar eclipse is shown as seen from Magdalena, New Mexico, April 15, 2014.

It’s not Halloween just yet, but that doesn’t mean the moon can’t get a little freaky.

The second blood moon of the year will light up the sky early Wednesday morning in North America, where it will be most visible from the Pacific coast, according to NASA.

The Earth will position itself between the sun and the moon, creating a full lunar eclipse with a majestic red hue. 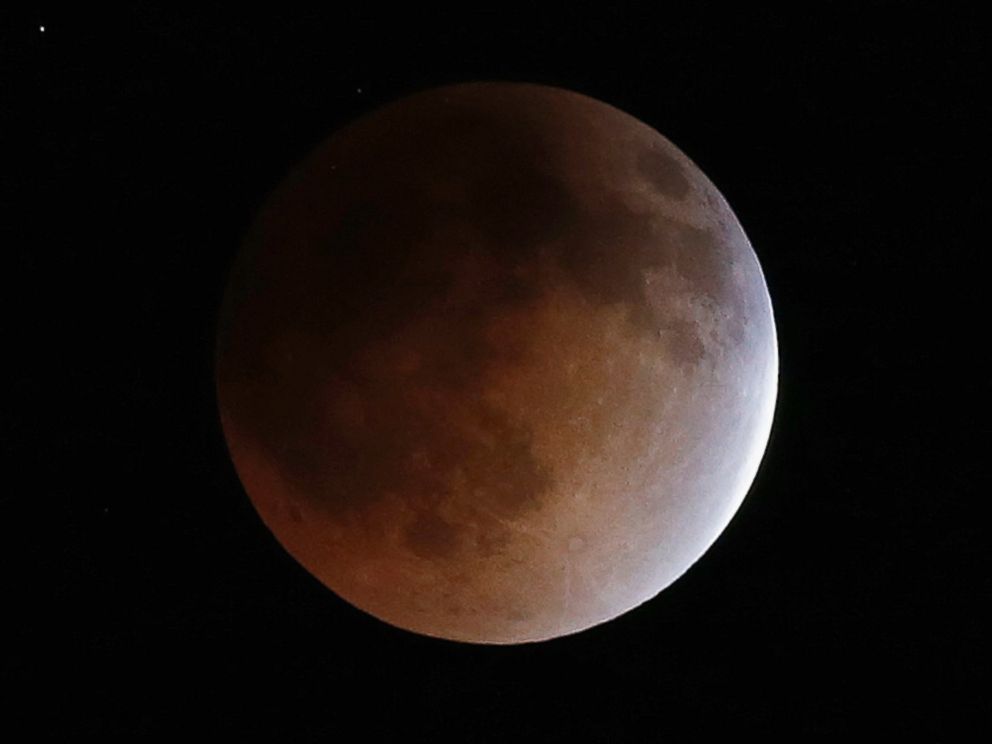 Ross D. Franklin/AP Photo
PHOTO: The moon turns an orange hue during a total lunar eclipse in the sky above Phoenix

The phenomenon can be seen with the naked eye — and will be visible to sky gazers in North America early Wednesday morning, with people on the Pacific coast getting the most breathtaking view. 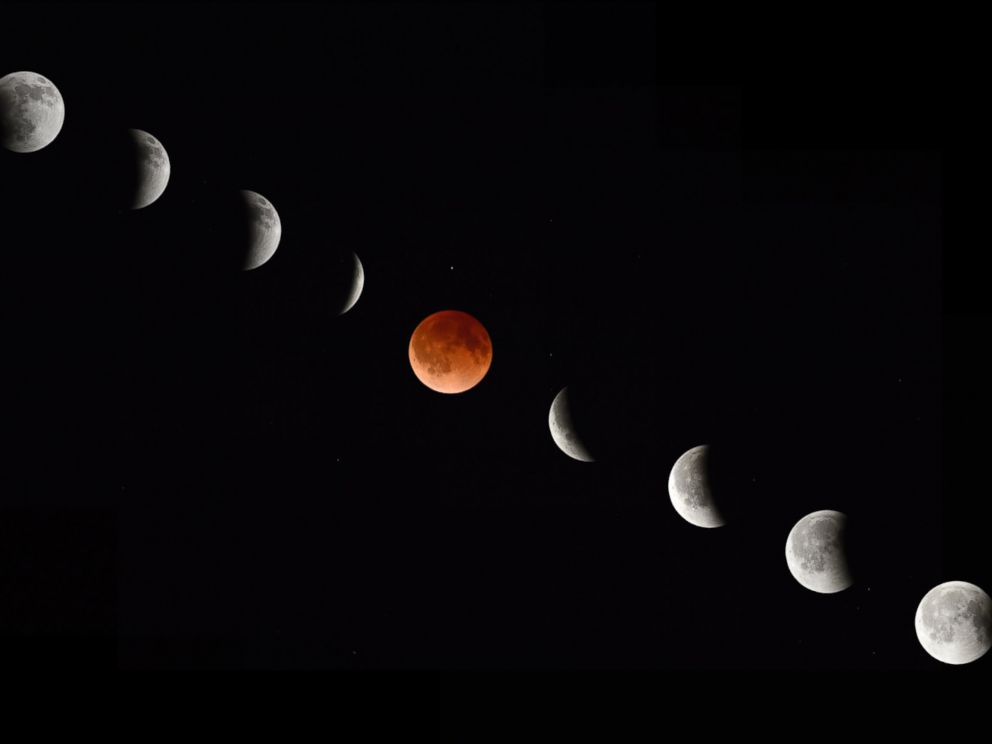 Stan Honda/AFP/Getty Images
PHOTO: In this composite photograph, the moon during various phases of a total lunar eclipse

The eclipse is the second in a rare series known as the tetrad, in which the moon is completely covered by the Earth’s umbral shadow for four eclipses in a row, as opposed to only partial eclipses that fall in the outer penumbra.