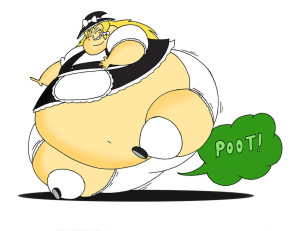 Once upon a time there lived a woman in Brampton who had a maddening passion for baked beans. She loved them, but unfortunately they always gave her a very embarrassing, and somewhat lively reaction. When it became apparent that she and her boyfriend would marry she thought to herself, ”He is such a sweet and gentle man but I don’t think he can live with my problems.” So she decided to make the supreme sacrifice and give up beans.

A year later her car broke down on the way home from work. Since she lived in the country, she called her husband and told him she would be late because she had to walk home. On her way, she passed a small diner and the odor of the baked beans was more than she could stand. Since she still had miles to walk, she figured that she could walk off any ill effect by the time she reached home. So she stopped at the diner, and before she knew it she had consumed three large orders of baked beans. All the way home she putt-putted.

Upon arriving home she felt reasonably sure she could control it. Her husband seemed excited to see her, exclaming delightedly, ”Darling I have a surprise for dinner tonight.” He then blindfolded her then led her to a chair at the table. Just as he was about to remove the blindfold the phone rang. He made her promise not to touch the blindfold till he came back. Then he went to answer the phone.

The baked beans she had consumed were still affecting her and the pressure was becoming almost unbearable, so while her husband was out of the room she seized the opportunity, shifted the weight to one leg, and let it go. It was not only loud, but it smelt like a fertilizer truck running over a skunk coming froma pulp mill. She took a napkin and fanned the air around her vigorously. Then she shifted to the other cheek and ripped three more, which reminded her of cabbage cooking. Keeping her ears turned to the conversation in the other room, she went on like this for another ten minutes. When the phone farewells signed the end of her freedom, she fanned the air a few more times with the napkin, placed it on her lap and folded her hands upon it, smiling contently to herself, she was the picture of innocence when her husband returned. Apologizing for taking so long, he asked her if she peeked and she assured him that she had not. At this point, he removes the blindfold to reveal twelve dinner guests seated around the table to wish her a first Happy Anniversary! 🙂

BEST LAWYER JOKE OF THE YEAR

Maybe the best lawyer story of the year, decade, and probably the century.

A Charlotte, North Carolina lawyer purchased a box of very rare and expensive cigars, then insured them against fire, among other things. Within a month, having smoked his entire stockpile of these great cigars and without yet having made even his first premium payment on the policy, the lawyer filed claim against the insurance company.

In his claim, the lawyer stated the cigars were lost in a series of small fires. The insurance company refused to pay, citing the obvious reason that the man had consumed the cigars in the normal fashion.

The lawyer sued … and WON! (Stay with me here.)

In delivering the ruling, the judge agreed with the insurance company that the claim was frivolous. The judge stated nevertheless, that the lawyer “held a policy from the company in which it had warranted that the cigars were insurable and also guaranteed that it would insure them against fire, without defining what is considered to be unacceptable fire” and was obligated to pay the claim.

Rather than endure lengthy and costly appeal process, the insurance company accepted the ruling and paid $15,000 to the lawyer for his loss of the rare cigars lost in the “fires.”

NOW FOR THE BEST PART… 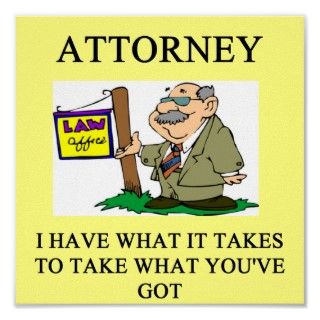 After the lawyer cashed the check, the insurance company had him arrested on 24 counts of ARSON! With his own insurance claim and testimony from the previous case being used against him, the lawyer was convicted of intentionally burning his insured property and was sentenced to 24 months in jail and a $24,000 fine.

This is a true story and was the First Place winner in the recent Criminal Lawyers Award Contest.

Only in America!  No wonder the Third World countries think we are nuts 🙂