What If You Found This Spider Outside Your Door

If You Think This Spider Is Halloween Decor,

You Are Sorely Mistaken

A fear of spiders is nothing to scoff at. I know plenty of people who freak out at the sight of nasty arachnids, to the point where they run out of the houses screaming. But imagine if you came home and saw this. 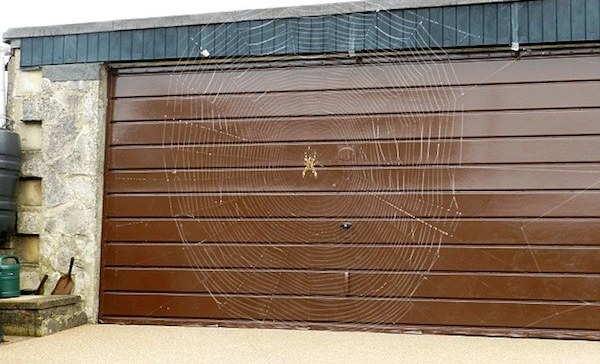 That’s exactly what happened to Russell Harding, a 74-year-old from Colerne, Wiltshire, England. Harding almost walked into a giant spider web one morning, where he found a creepy, crawly guy blocking his garage. Most people would have panicked and never went to the garage again. Mr. Harding simply moved the web so as to not disturb the giant spider. What a nice man.