He Put On A Tuxedo, Bought Some Flowers And Surprised His Wife In The Hospital
“Oh, And Melted Our Hearts.” 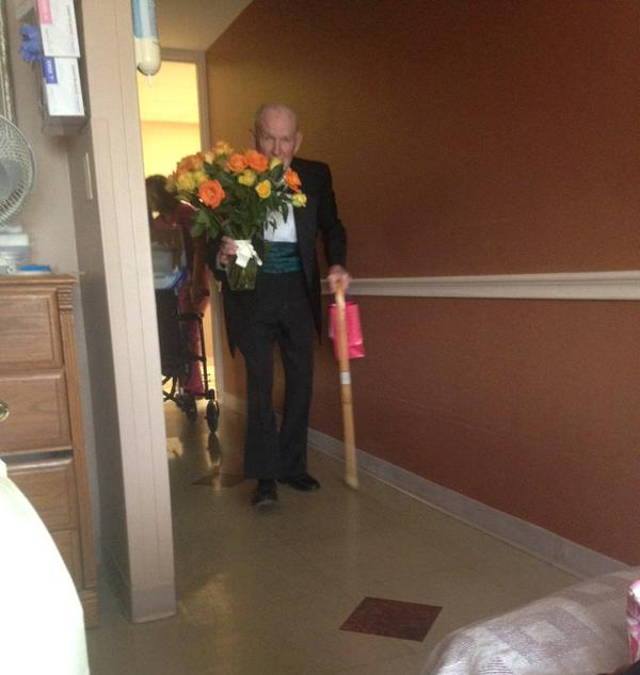 So whats the story..

Some couples say that after being together for a long time, the spark dies out. All their romantic gestures are left behind and become tedious, boring circles of events. Some even fall out of love.

Then there are couples like James and Elinor Russell.

The pair have known each other almost their entire lives. Raised in neighboring towns in Georgia, they saw each other grow up.

“I’ve known her since she was in pigtails,” James Russell told ABC News.

May 20, 2015 was the couple’s 57th wedding anniversary, but, for what was apparently the first time in the past 57 years, the couple wasn’t together. Elinor was in the hospital, and Jim was home with his family. That, however, didn’t stop this dapper elderly man from pulling off the sweetest surprise for his beloved bride.

“Unannounced, James showed up to Elinor’s hospital room, wearing a tuxedo and carrying a bouquet of flowers and a box of chocolates.” 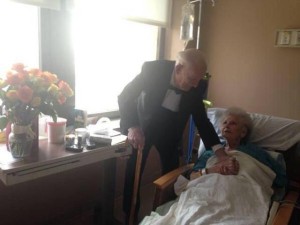 “The heartwarming surprise was captured by the Russells’ granddaughter, Reid, who then posted it on Twitter.”

“We genuinely think there are only two words to describe this: RELATIONSHIP. GOALS.”